At koyo giken Inc., our mission is to provide the highest quality, design, and manufacture of MYSPOT® and related machines to contribute to the development of sheet metal industry in the world. We are proud to be known as a No.1 manufacturer that works on opening up new markets and maintains the excellence of the products.

1. We provide the highest quality and quick actions. We have no compromise on meeting and exceeding our customer’s requirements.

2. We bring together the wisdom to challenge innovations and improve manufacturing technology and management.

3. We appreciate meeting people. We continue to grow ourselves to treat people with honest and truthful manner.

4. At koyo giken Inc., the company provides opportunities to work and educational experiences to employees in order to be professionals in the field.

koyo giken was founded in 1976 as a group of mechanical design professionals in Japan. We have provided the highest quality, design and manufacture of the table spot welder, MYSPOT® and related machines. We have sold nearly 3000 units in both Japan and 25 countries.

We have been concentrating on the following important aspects for resistant spot welding;

In 2012, we introduced “High Speed Welding Technology”. We believe that this is a revolutionary innovative technology that livens up the production site of the sheet metal industry in the world.
The thick coated materials such as AL, QS, ZAM, EZN etc, are gradually acceptable to weld by High Speed Welding Technology. We hope you enjoy this wonderful technology and machine with us. 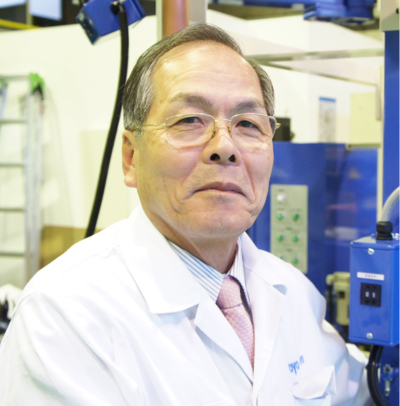 Same as the above

Manufacturing the table spot welder, MYSPOT® and the related machines and parts.